We Will Help You With Your Crash Insurance Claims

These crashes are the main types of cases we handle for our clients. Many crash victims initially feel that they can handle their crash claim on their own, only to discover months down the road that they failed to take a step crucial to documenting their claim. We always recommend that one of the first steps a crash victim should take after seeking medical care is to call an experienced personal injury attorney.

Knowing your rights and responsibilities immediately after a crash is crucial and the main reason we wrote “The Colorado Personal Injury Claims Guidebook”. We want you to have a quick and easy reference source available to you even before you receive the first call from an insurance company.

If you are involved in a crash with a commercial truck, there are many issues that are completely different from a typical auto crash. Federal regulations set specific standards for truckers and any violation of these regulations is serious evidence in a potential lawsuit. Knowing what information to ask and where to find them are crucial to the success of such claims. Additionally, new technology used to track trucks can help us reconstruct how a crash happened and will be very persuasive for a jury.

An experienced personal injury lawyer will be able to gather all of the evidence from the trucking company to make sure that your case value reaches its full potential. Treating these cases like a simple auto crash means that you will not receive as much as you are entitled to.

Most people understand, driving a motorcycle on the nation’s highways or on city streets opens a person to a much greater risk of bodily harm if involved in a crash than a person driving or riding in a truck, car, or SUV. Two wheels do not have the stability of 4, and being encased in a crush-resistant frame with airbags and seatbelts will certainly help to defray injuries.

It is necessary for motorcyclists to ride much more carefully because even minor incidents may result in bodily injury. In fact, according to the NHTSA (National Highway Traffic Safety Administration) “motorcyclists are about 37 times more likely than passenger car occupants to die in a traffic crash”. 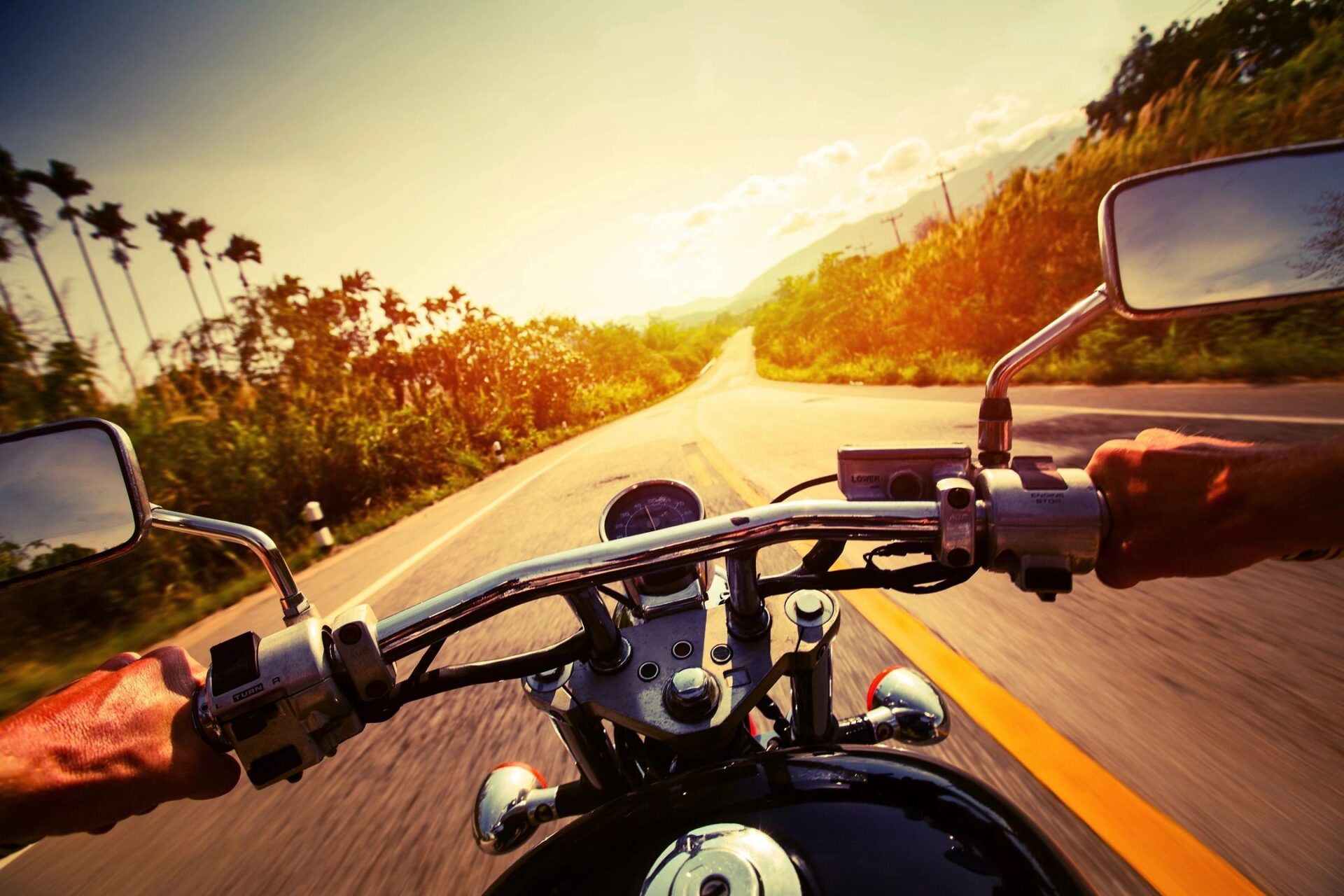 In Colorado, because of the high and continuously changing elevations in much of the state, wind and weather and steep grades can add to the risk of motorcycle riding. Colorado repealed the universal helmet law for motorcyclists back in 1977, and now only requires approved helmets for riders or passengers of bikers who are less than 18 years of age.

In Colorado, motorcycle riders over age 18 have the right not to wear a helmet. If you sustain a head injury riding a motorcycle and you are not wearing a helmet, the insurance company should not tell you that you are partially at fault for not wearing a helmet. In fact, the Colorado Supreme Court supported your right not to wear a helmet in a decision that was published in 1984.

More specifically, in Dare v. Sobule, 674 P.2d 960 (1984), the Colorado Supreme Court ruled that “under the Colorado Comparative Negligence Act, evidence of plaintiff’s failure to wear a protective helmet is inadmissible to show negligence on the part of the injured party or to mitigate damages. See Churning v. Staples, 628 P.2d 180(Colo.App.1981) (adopting the reasoning in Fischer v. Moore, supra, and holding that the seat belt defense is not available for purposes of determining the degree of plaintiff’s negligence under the comparative negligence statute).” This means that the insurance company attorney cannot fault you for exercising your right not to wear a helmet on a motorcycle.

We, as motorcycle crash lawyers, are happy to discuss any crash with you for free. We can discuss the laws and rules that may apply to your crash. While you are free to ride a motorcycle in Colorado without a helmet if you are over 18, we recommend that all riders and passengers wear a safe and effective helmet. Also, all riders should follow the rules of the road and all applicable laws. If you do ever get into a crash and are injured, it is much easier to argue on your behalf if it can be shown that you are a safety-conscious motorcycle driver who followed all the laws.

Only 19 states currently require motorcyclists to wear helmets, which is a decrease since 1997 when there were 26. Helmets are the number one item that can greatly reduce motorcycle fatalities. NHTSA has estimated that in 2008, 1,829 motorcyclists’ lives were saved by helmets.

We, as motorcycle crash lawyers, also believe that if you ride a motorcycle in Colorado, you should wear a safe and effective helmet, and follow all the laws of the state. If you do ever get into a crash and are injured, it is much easier to argue on your behalf if it can be shown that you are a safety-conscious motorcycle driver.

According to the GHSA (Governors Highway Safety Association, GHSA.org) nationally, motorcycle fatalities have risen in 14 of the last 15 years, and while fatalities in 2012 have fallen in 16 states, they have risen in 34 states. They rose 9% nationally in 2012. When compared to the total traffic fatality increase of 5% as estimated by the NSC (National Safety Council), we can see that there is cause for concern and extra steps needed to ensure that motorcycle riding can be as safe as possible.

It should be noted that as a whole, according to the CDC (Centers for Disease Control and Prevention) by 2008 motor vehicle crash-related deaths involving cars and light trucks reached a historic low in the US, but motorcyclist deaths reached an all-time high “more than doubling between 1999 and 2008.”

The actual number of deaths from motorcycle crashes in 2011 was 4,323 according to the NHTSA.

These rises may be the result of many different reasons. Because the economy improved for some in 2012 and 2013, those individuals or families with some extra income may have bought a motorcycle for enjoyment, and added to the total number of bikes on the road. When gas prices spike, people may ride motorcycles more in order to save money because they are more fuel-efficient. In fact, it was found when gas prices increased, motorcycle registrations also increased.

One of the key things a motorcycle driver can do to stay safe is to get training. Whether you are a new rider or an experienced biker, getting quality training from a MOST (Motorcycle Operator Safety Training) certified training facility is a great idea that may save you from injury or worse. Most training is CDOT (Colorado Department of Transportation) administered and is approved by the Motorcycle Safety Foundation (MSF), which sets internationally recognized standards for motorcycle safety.

If you do get into a crash, you should consult a qualified motorcycle attorney immediately, one who has a record of winning cases. Motorcyclists face particular challenges in the path to justice, because of preconceptions by police, insurance companies, and judges.

Many people have negative attitudes about motorcycle riding in general and towards motorcycle drivers specifically, even though most bikers are skilled, extra alert, and ride defensively and carefully. Insurance companies often try to get motorcyclists to settle a claim quickly, because it’s easier and more profitable. Remember that an insurance company’s first order of business is to make money for shareholders, and not to make you as a biker whole or well, no matter what their slogan or salesmen tell you.

We have handled numerous motorcycle crash cases with successful results

In Denver and the surrounding areas, if you are involved in a motorcycle crash and before you talk to anyone else, contact Brian Weiss right away for a free consultation. You will not pay any attorney fees unless and until you win your case for your injuries and loss.